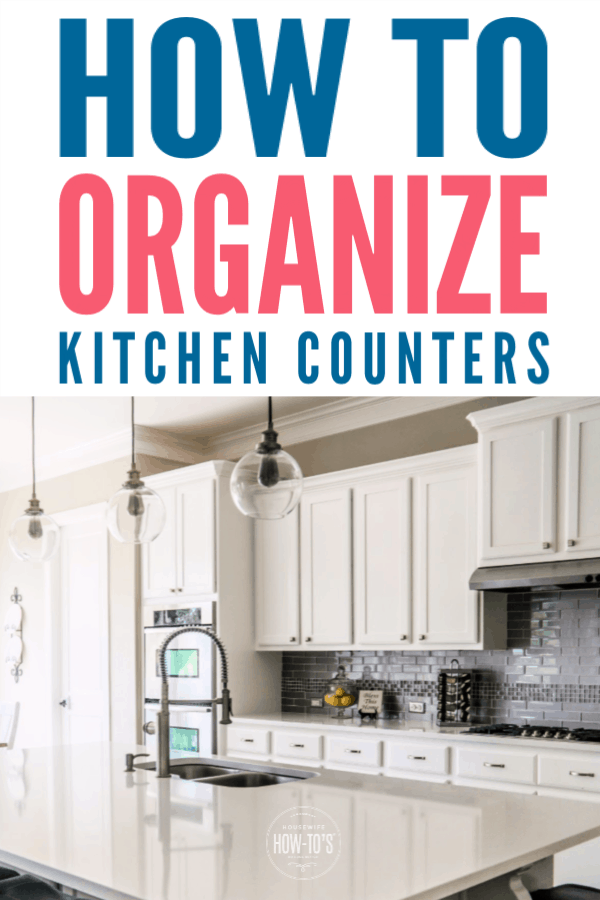 The steps below will help you decide what’s worth keeping on your counters and what to put away. (If you’re leaving things out because you’re short on storage, be sure to read how to organize kitchen cupboards first.)

How to Organize Kitchen Counters

Remove Clutter from Your Kitchen Counters

Decluttering always comes down to separating things that are trash from things that are still useful, just not to you. Once you’re rid of those two things, you’re ready to start organizing. So, let’s take it step-by-step.

Step One: Throw Away These Things

Step Two: “Re-home” These Things by Donating Them

Throughout this series, we’re making a lot of decisions about things to keep and things to let go. If you find yourself reluctant to part with an item that you don’t use but feel guilty about getting rid of, think of it as “re-homing” the thing.

Yes, you may have paid good money for it or received it as a gift, but that doesn’t mean you need to let it continue taking up space in your house. Re-homing it by donating it to a thrift store or charity allows someone else to enjoy it, so it’s not wasteful after all.

Take a look now at what’s still sitting on your kitchen counters. Collect the items that belong in another room and set them aside for now. Is everything remaining on your counter something you use at least once a week?

Countertop space is a premium in most homes, so what you choose to keep on it should be things that you frequently need. If you were diligent when organizing kitchen cupboards yesterday, you should have ample space for the seldom-used stuff still sitting on your counters.

Still on the fence? Remember that anything sitting out will also need frequent cleaning. After all, kitchens are greasy, busy places, so the things on our counters collect a lot of grime. The less stuff you leave out, the fewer things you have to clean weekly!

Organizing kitchen counters involves placing things where they’re accessible when you need them without being in the way the rest of the time. Who likes having to move a bunch of stuff out of the way to make a pot of coffee in the morning? Or shoving things around before starting to cook dinner?

Keep the kitchen triangle efficient. The “triangle” is the space between your sink, stove, and refrigerator. Countertops in this area get used a lot while cooking, putting food away, and doing dishes. Don’t put purely decorative items in this area, and make sure everything on the triangle’s counters relates to one of those tasks.

Consider a “coffee bar.” If you have room in your kitchen, consider moving your coffeemaker or electric kettle, mugs, filters, etc., off of the counters. This is especially helpful if you have several coffee or tea drinkers in your family, since they won’t have to elbow each other aside to get to the pot.

Using vertical space keeps stuff from spreading. Yesterday, I mentioned the use of magnetic strips to replace knife blocks and utensil holders. You can also maximize vertical storage with stacking baskets like those used in old-time general stores. They’re great for stashing kitchen linens or produce so it doesn’t spread all over your counter.

Reclaim unused space, too. The area above your microwave becomes storage space with a raised shelf. Adding shelves above windows or doors creates new spots for seldom-used cookbooks or small appliances. Magnetic spice containers turn the side of your refrigerator into a spice rack while keeping them in easy reach.

If you don’t use it regularly to cook, serve, or eat food, it doesn’t belong on your kitchen counter. Find a spot for it or make one.

Cleaning your kitchen is so much easier once you’ve decluttered and organized it. If you’ve got the time and energy, this is a great time to use my Kitchen Spring Cleaning Checklist to do a thorough, deep cleaning.

At a minimum, do the following: 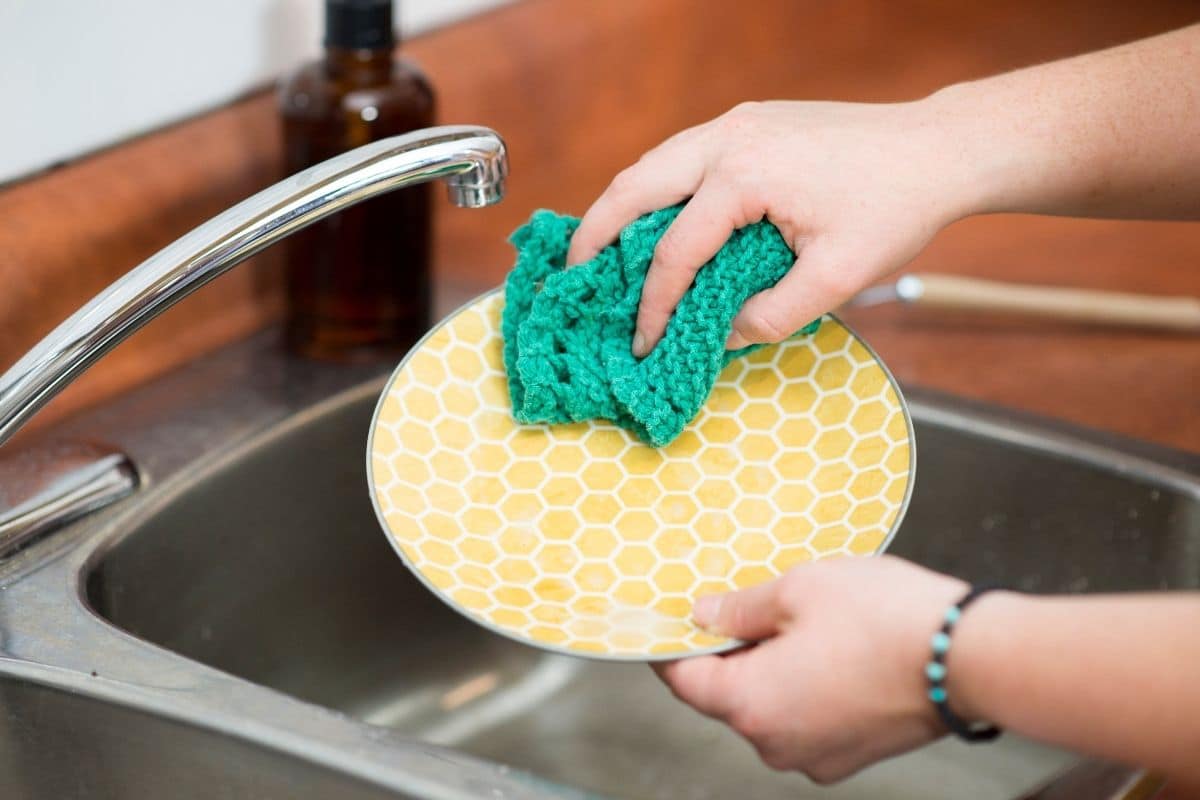 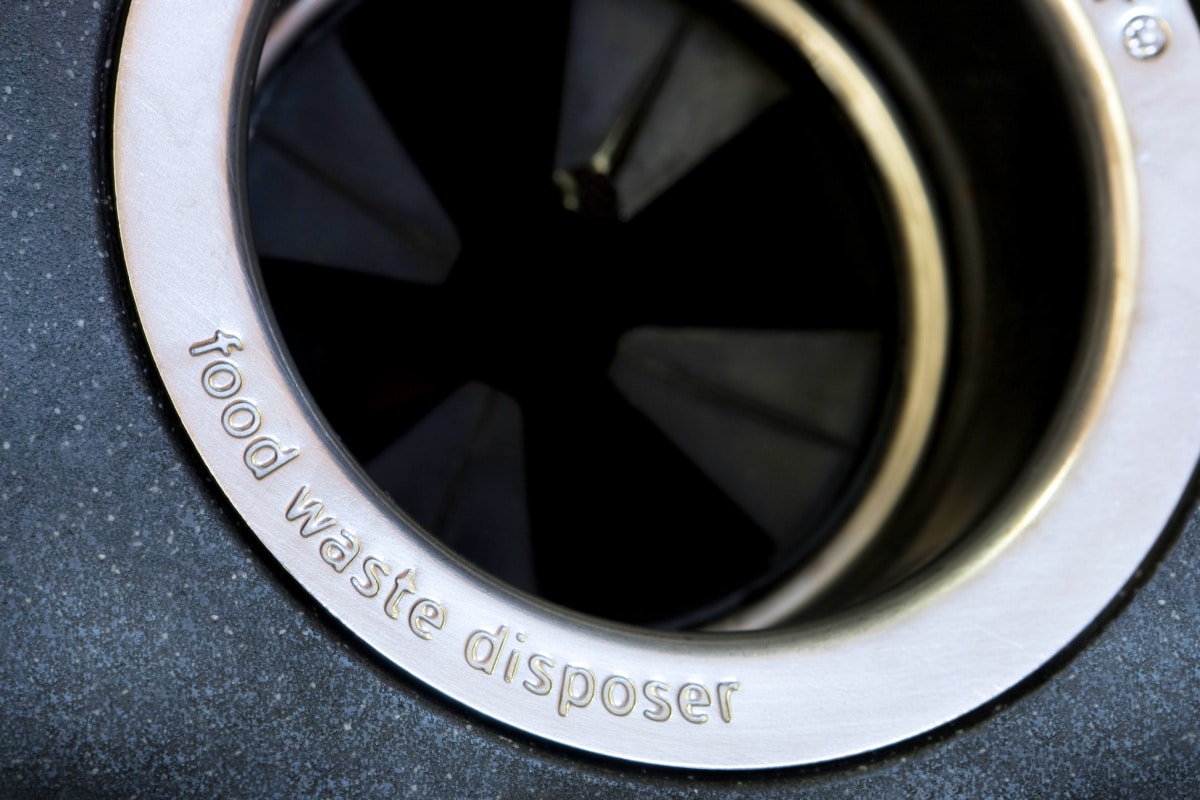 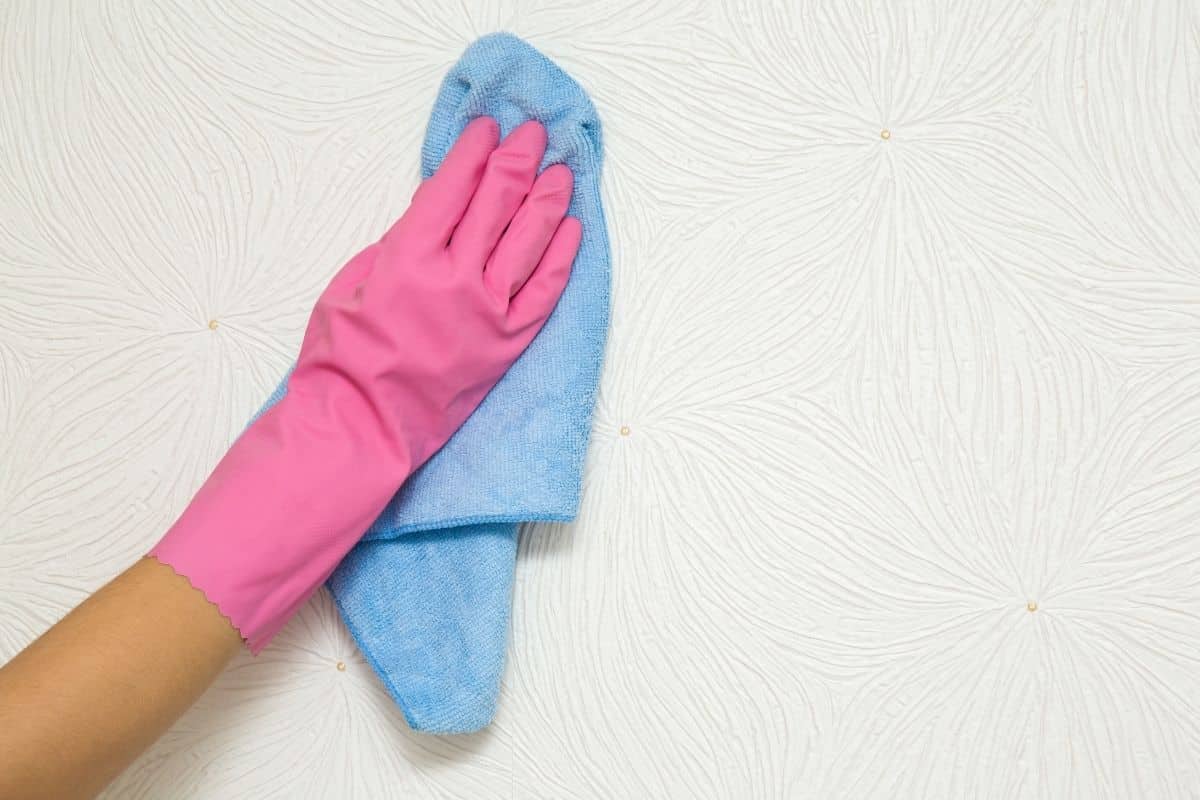 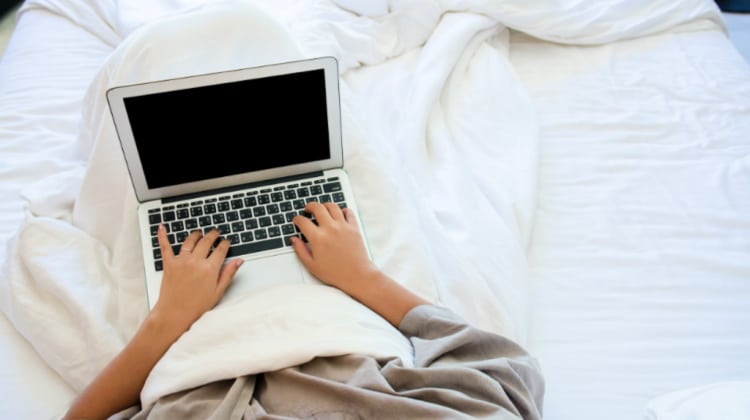 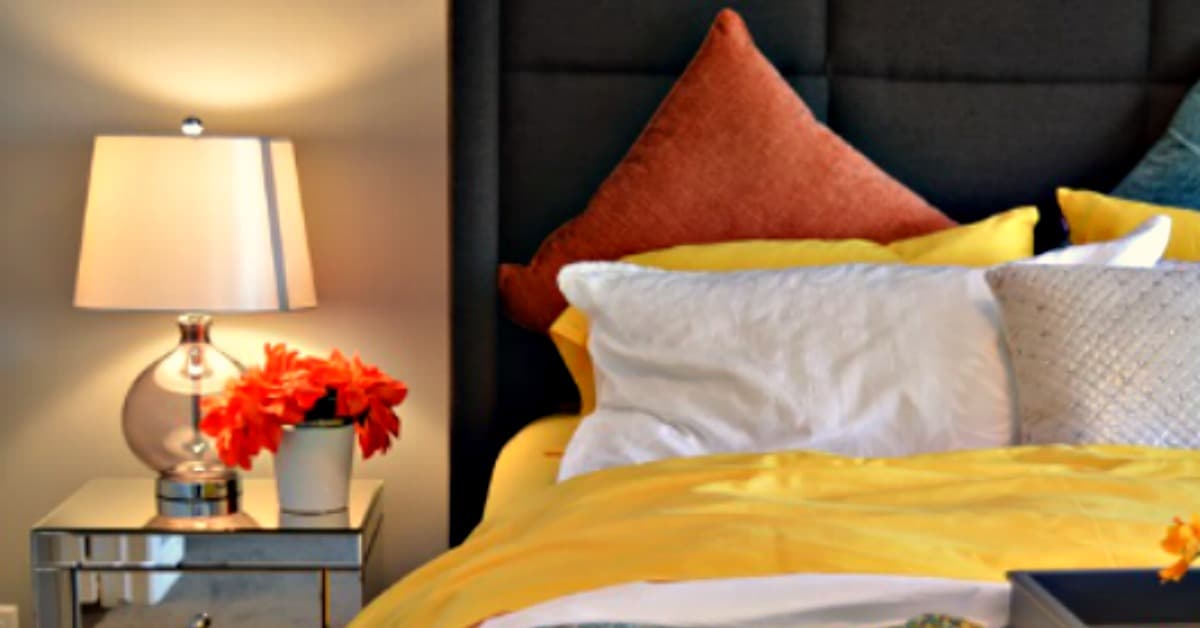 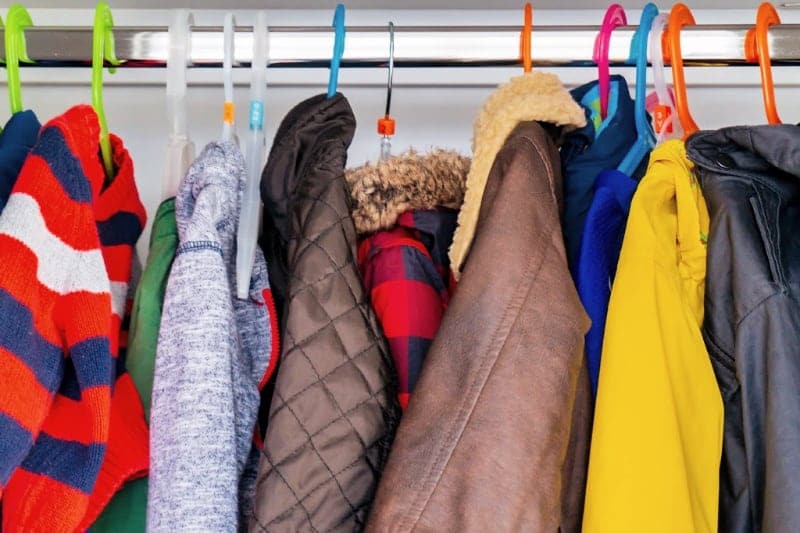