Plumbing repairs are expensive. If your system is always clogging, it's time to learn what things you should never flush. Are you tired of racing for the plunger? If you can't figure out why your toilet keeps backing up, perhaps you're using it to flush the wrong things. Surprisingly, some things labeled as safe to flush aren't. Other things we're used to flushing (but … END_OF_DOCUMENT_TOKEN_TO_BE_REPLACED

Feeling like the water coming out of your faucet or shower isn't strong enough? Most of the time, you can fix low water pressure problems yourself. Here's how. Getting a good stream of hot or cold water when we turn on a faucet is something we tend to take for granted. That is until you turn on a tap, and what comes out is a mere trickle. If your water pressure seems low, … END_OF_DOCUMENT_TOKEN_TO_BE_REPLACED 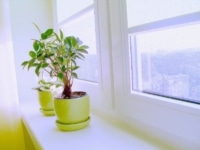 If you own an older home or even a newer one with wood windows, you've probably found yourself wondering how to fix stuck windows and doors. The wood surrounding windows and doors often swells during wet or cold weather, which makes them difficult to open. Trying to force them open can damage their frames and lead to costly repairs. So, instead of hauling out the crowbar, … END_OF_DOCUMENT_TOKEN_TO_BE_REPLACED

If you're one of the millions affected by hurricanes this year, you're going to want to know how to clean after a flood. When I first wrote this article, Harvey and Irma had just wreaked havoc along the Eastern seaboard of the United States. Since then, hurricanes have battered the same places. My area has seen its share of flooding, too. If you've been affected by these … END_OF_DOCUMENT_TOKEN_TO_BE_REPLACED

Once you've seen the first signs of discoloration, you need to figure out how to remove mold from walls fast to keep it from spreading and causing both health and structural issues. Follow these tips and use the mold removal spray recipes below to get your mold situation under control. Inspecting for Wall Mold Just about every home develops mold at some point. … END_OF_DOCUMENT_TOKEN_TO_BE_REPLACED 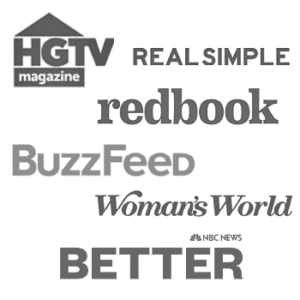